At Associates in Orthopedics in Punta Gorda, Florida, our doctors have many years of experience providing leading-edge treatments and performing advanced procedures. They focus on the latest minimally-invasive, state-of-the-art surgical and non-surgical procedures, providing exceptional care for people of all ages and athletic abilities. 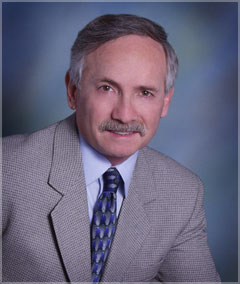 Dr. Steven Baker attended Tulane University in New Orleans, Louisiana, where he received both his undergraduate and medical degree. He completed his internship at St. Luke’s Hospital in Kansas City, Missouri and his residency in orthopedics at the University of Missouri Kansas City School of Medicine.

Following his residency in 1983, Dr. Baker moved to Florida and has been a member of the Punta Gorda and Port Charlotte community ever since. In 1988, he was Chief of Staff at St. Joseph Hospital in Port Charlotte, and in 1992 and 1993, he served as chief of staff for Charlotte Regional Medical Center.

Dr. John Braut received his bachelor of science in biology at the University of South Carolina.  During his years at USC, he was active in cancer research, as well as attending events to support the Gamecocks sports teams. After completing his degree, Dr. Braut moved to Hilton Head Island, South Carolina. Originally from the Philadelphia area, Dr. Braut then moved back home to Philadelphia to attend Philadelphia College of Osteopathic Medicine in 2004. After receiving his doctorate of osteopathy degree, he began an internship and residency in orthopedic surgery at the University of Medicine and Dentistry of New Jersey. He then went on to complete an AOTrauma fellowship in Fribourg, Switzerland.

Dr. Braut believes in carefully listening to you about your ailments and how they are affecting your life. He explains the diagnosis in an easy-to-understand manner. He will develop a treatment plan for which to ease pain and improve quality of life and ensure you understand your options. His initial plan involves nonsurgical treatments to avoid surgery.

However, if conservative treatments fail and surgery is necessary, he personally explains as much information as possible to guide you through the process and ease concerns. Dr. Braut and his highly trained staff work to improve quality of life and get you back on the field, course, or court utilizing the latest treatments and technologies in the least invasive way possible. 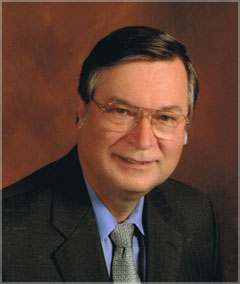 Dr. Robert Hansell received his undergraduate education at the University of California at Santa Barbara, where he majored in biology and environmental studies. He then attended the California College of Podiatric Medicine in San Francisco, where he received his doctor of podiatric medicine (DPM) degree in 1978.

Several years later, Dr. Hansell went back to medical school and received his medical degree from George Washington University in Washington, DC in 1989. He completed his internship and orthopedic residency at the Medical College of Virginia in Richmond, where he served as chief resident. Dr. Hansell also completed a fellowship in orthopedic spine surgery at the University of Southern California, Los Angeles.

Following his fellowship in 1995, Dr. Hansell moved to Florida and joined an orthopedic practice in Port Charlotte, where he met Dr. Baker.  In 2003, the two of them began practicing together at Associates in Orthopedics, PA.

Dr. Hansell is board certified by the American Board of Orthopaedic Surgery. He is a member of the American Academy of Orthopedic Surgeons, the American Medical association, and the Charlotte County Medical Society. 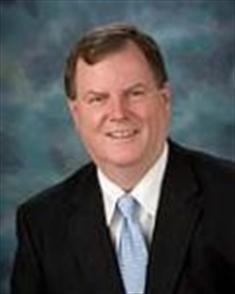 Dr. Schroering first practiced medicine in Moreno Valley, California until 1996, after which he practiced in Southwest Virginia until 1999. He then relocated his practice to his home state of Kentucky, where he continued to practice general orthopedics until 2004. Searching for a warmer climate, Dr. Schroering relocated to Lehigh Acres, Florida in November of 2004 and then to Punta Gorda, Florida in April of 2011, joining Associates in Orthopedics.

Dr. Schroering has volunteered for many humanitarian and philanthropic organizations, mostly related to medicine. This includes the China America Medical Project, California Children Services for the care of children with cerebral palsy and muscular dystrophy, World Harvest Missions and its' orphanage, and New Life Children's Home in Port au Prince, Haiti. Dr. Schroering is one of the founders of Lee County Volunteers in Medicine and is chairman of the board, providing free healthcare to the uninsured, underinsured, and the working poor. 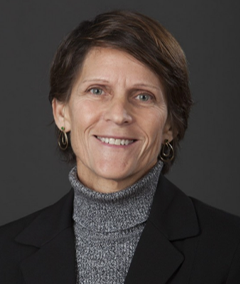 Sandy Lane, M.D., F.A.C.S.M. (Fellow of the American College of Sports Medicine) received a B.A. degree at Kenyon College in Ohio, then completed a Master of Science degree in Zoology at the University of Washington, Seattle. She received her M.D. medical degree in 1984 at The Ohio State University followed by a Family Medicine residency and Sports Medicine Fellowship. Dr. Lane has worked in Ohio for over 30 years in orthopedic practices where she directed the Sports Medicine Fellowship program and ran an orthopedic urgent care. She was team physician for several area high schools, universities and professional sports teams and gave seminars for athletic trainers, therapists and the public on sports injuries.

Dr. Lane recently moved in 2020 to Punta Gorda where she continues to be active in the community, providing court-side assistance at the pickleball and tennis courts, volunteering at local area schools sports events, and conducting seminars on fitness and sports injuries for the public.

As a fellowship-trained Sports Medicine physician with decades of experience treating athletes and non-athletes, Dr. Lane helps active people return quickly to their sports, work and play activities through non-surgical methods including therapy, bracing, injections and education on injury prevention. Whether you have suffered an injury to your spine, joint or muscle at work, home or on the pickle ball court, Dr. Lane works closely with the orthopedic surgeons at Associates in Orthopedics in the event a surgical solution is required for your knee, shoulder, ankle, hip or spine. 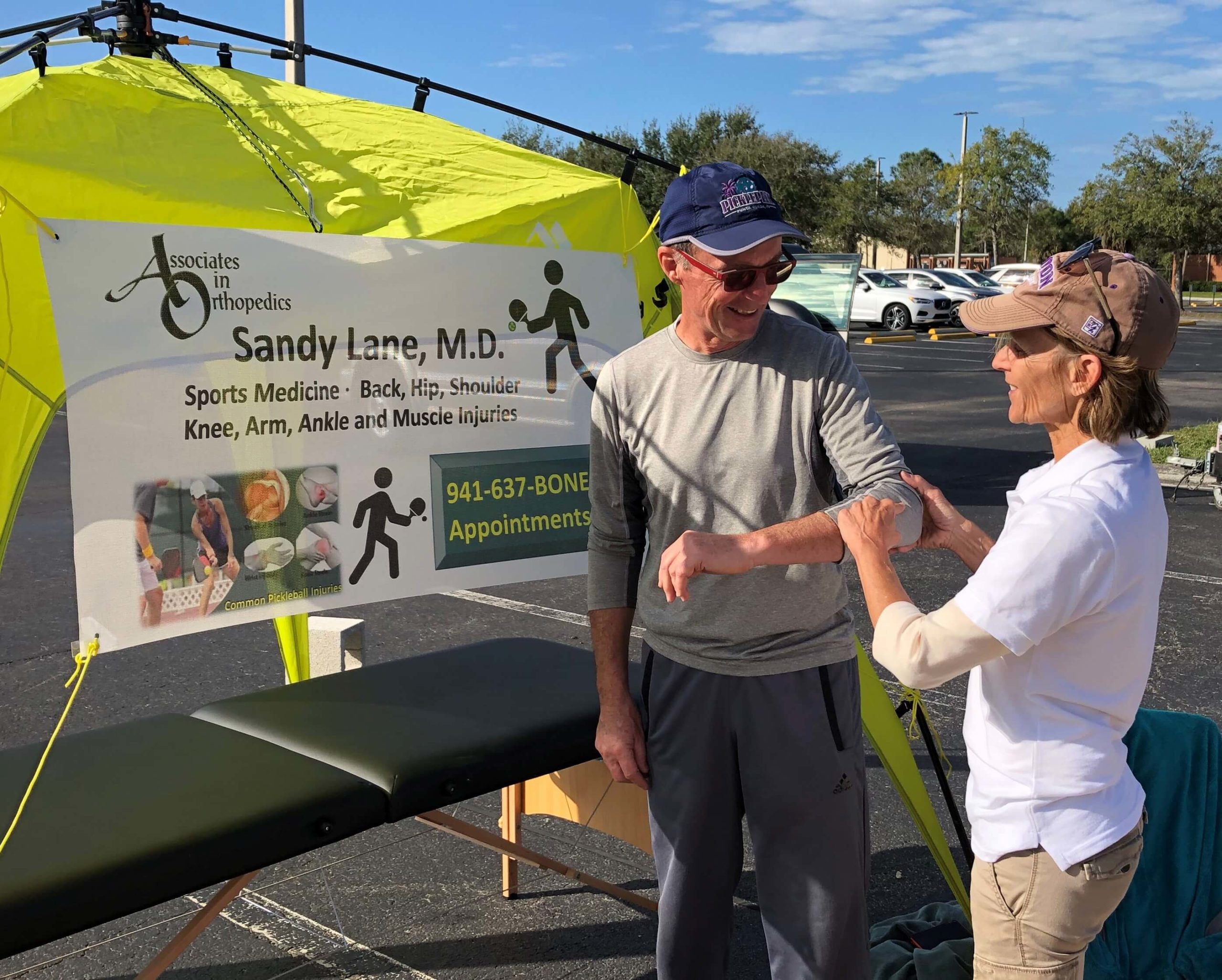 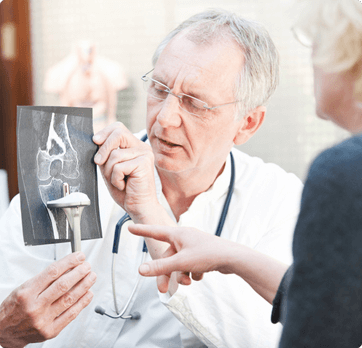 We utilize state-of-the-art robotic assisted surgery and other minimally invasive techniques, so you recover soon.

Our award-winning online library has a list from A-Z of common orthopedic and sports medicine conditions. What do you want to learn about today?

At Associates in Orthopedics, our doctors diagnose and treat all types of orthopedic injuries and conditions, including sports injuries,  joint replacement, neck and back pain, hand and wrist, shoulder and elbow, hip and knee, and foot and ankle.